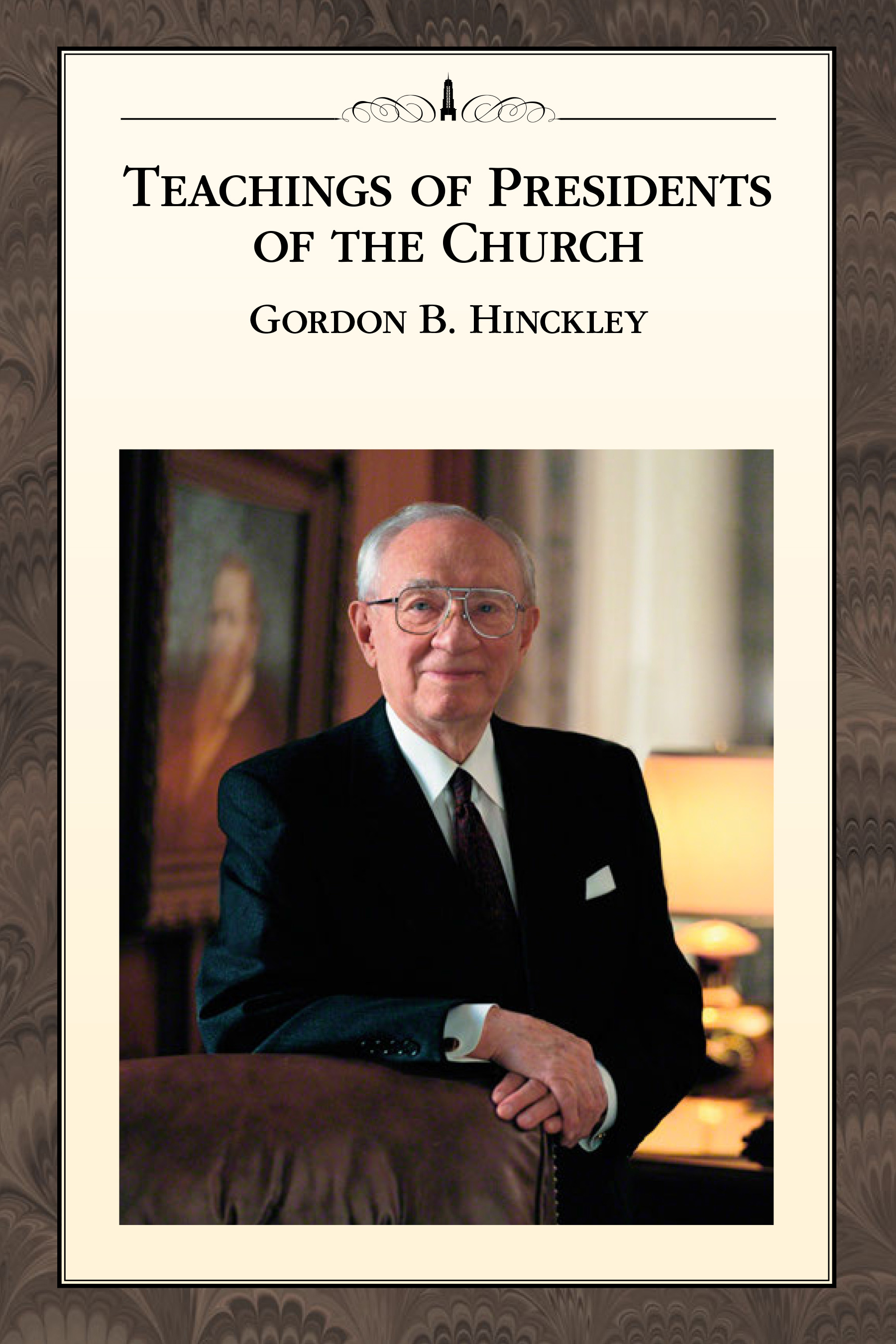 Gordon Bitner Hinckley (June 23, 1910 – January 27, 2008) was an American religious leader and author who served as the 15th President of The Church of Jesus Christ of Latter-day Saints (LDS Church) from March 12, 1995, until his death. Considered a prophet, seer, and revelator by church members, Hinckley was the oldest person to preside over the church in its history.[1]

Hinckley’s presidency was noted for the building of temples, with more than half of existing temples being built under his leadership.[2] He also oversaw the reconstruction of the Nauvoo Illinois Temple and the building of the 21,000 seat Conference Center. During his tenure, «The Family: A Proclamation to the World» was issued and the Perpetual Education Fund was established. At the time of his death, approximately one-third of the church’s membership had joined the church under Hinckley’s leadership.

Hinckley was awarded ten honorary doctorate degrees, and in 2004, he was awarded the Presidential Medal of Freedom by George W. Bush. Hinckley also received the Boy Scouts of America‘s highest award, the Silver Buffalo, and served as chairman of the Church Boards of Trustees/Education.[3] Hinckley died of natural causes on January 27, 2008, and was survived by his five children. His wife, Marjorie Pay, died in 2004. He was succeeded as church president by Thomas S. Monson, who had served as his first counselor in the First Presidency, and, more importantly, was the President of the Quorum of the Twelve Apostles; therefore, according to LDS doctrine and practice, Monson was Hinckley’s anticipated successor.

Chapter 1: The Restoration of the Gospel—The Dawning of a Brighter Day

Chapter 2: An Ensign to the Nations, a Light to the World

Chapter 3: Cultivating an Attitude of Happiness and a Spirit of Optimism

Chapter 4: The Pioneer Heritage of Faith and Sacrifice

Chapter 6: How Mighty a Thing Is Prayer

Chapter 7: The Whisperings of the Spirit

Chapter 8: We Look to Christ

Chapter 9: The Precious Gift of Testimony

Chapter 14: Losing Ourselves in the Service of Others

Chapter 16: The Power of the Book of Mormon

Chapter 17: Continue in the Great Process of Learning

Chapter 18: Virtue—a Cornerstone on Which to Build Our Lives

Chapter 19: Priesthood Leadership in the Church of Jesus Christ

Chapter 20: Fellowship with Those Who Are Not of Our Faith

Chapter 22: Reaching Out with Love to New Converts and Less-Active Members

Chapter 23: The Blessings of the Holy Temple

Chapter 24: The Atonement of Jesus Christ: Vast in Its Reach, Intimate in Its Effect

The Restoration of the Fulness of the Gospel of Jesus Christ